His face was cold. His mouth trembled, asking: "Who ­ who won the presidential election yesterday?"
The man behind the desk laughed. "You joking? You know very well. Deutscher, of course! Who else? Not that fool weakling Keith. We got an iron man now, a man with guts!"
.
.
.
There was a sound of thunder.

-Trump claims election process rigged if he loses.
-Comics fans claim Rotten Tomatoes illegitimate 'cause of bad reviews for new film.
-The film is called "Suicide Squad."
-Which aptly describes Trumps campaign.
Posted by Unknown at 6:43 AM No comments:

(My mom is babysitting my son Jack, who is resisting her attempts to clean him up post-lunch)

(I give my mom a strange look)

Mom: Oh, in Korea, we call anyone dirty "Chinese."

Me: That sounds racist.

Mom: Yes, we are racist.

- We were reminded that committing rape doesn't mean the same if you're white, male and privileged. That a judge of similar background will show leniency in light of that person's "potential," and that potential will lead your parents to very publicly dismiss the gravity of your crime and its effects upon the victim (as well as the victim herself).

- That in the world of Chicago theater, despite its attitude of activism and action, its self-proclaimed striving for authenticity and the truth, can be home to 20 years of sexual harassment and abuse committed with impunity by an acclaimed and lauded artist, aided and abetted by silence, complacency and professional intimidation.

- That LGBT persons in America still have much to fear from others, simply for being themselves, simply for existing. That there's still way too many guns in the hands of the wrong people at the wrong times. That there's no political will to stop it. But there's way too much political will to dismiss the facts (like the fact the targets were LGBT) or to exploit the event (to inflame anti-Muslim, anti-Arab, anti-immigrant hysteria).

- That one of our two major political parties continues to be fronted by an ignorant, wealthy, racist demagogue spouting dangerous and inflammatory rhetoric

- That the middle class continues to shrink.

- That the climate continues to change.

Just trying to get my head around the week that was.
Posted by Unknown at 7:28 AM No comments:

Reposted from the blog of Chicago Aikido Club.


On Monday, May 9 and Wednesday, May 11, Chicago Aikido Club (CAC) member Dwight Sora gave a short demonstration of aikido for the parents and children of the Tampopo Kai play group at the Japanese American Service Committee (JASC) of Chicago.


Invited by Tampopo Kai organizer Naomi Negi, Sora (whose 22-month-year old son Jack regularly attends Tampopo on Mondays) gave a short explanation of aikido's history and principles, and then demonstrated some basic techniques. He was partly aided in his demonstration by fellow parent Shimako Asakawa Walker (a former student of Tatsuo Toyoda Sensei at Tenshinkan Dojo), as well as some volunteers from the audience.

Aikido Instructor Relives the Past

This is a repost from the blog page of Chicago Aikido Club, the dojo where I have been teaching and practicing the Japanese martial art of aikido for the past four years.

A member of the crew adjusts Joe Takehara's wardrobe
On Thursday, April 28, Chicago Aikido Club senior instructor Joe Takehara stepped back through time into his own past. Although the actual place was the Illinois Railway Museum in Union, Illinois, it had been dressed up with props and other items to recreate the moment when Japanese Americans were forced to leave their homes and board trains, eventually bound for "internment camps" set up in rural areas around the U.S. following the Japanese sneak attack on Pearl Harbor that kicked off the Pacific War and full-scale American involved in World War II. As a result of public wartime hysteria and racial intolerance, more than 110,000 Japanese Americans, nearly all who lived on the West Coast and including many American citizens, lost the homes and businesses they had spent lives building up, and would largely remain in the camps until 1944.
This was the set for The Orange Story, a short film in which Takehara plays a West Coast grocery store owner named Koji Oshima saying goodbye to his store before heading to the camps. The film is the first of four planned productions, and is being made in conjunction with an educational website for inclusion in curriculums at all levels of education.
The film is being produced by Chicago filmmaker Eugene Sun Park and his company Full Spectrum Features, in collaboration with fellow filmmaker Jason Matsumoto (a member of the Japanese drumming group Ho Etsu Taiko and is providing the soundtrack).

A shot is lined up on set
In real life, Takehara grew up in San Diego, California, and was relocated with his family to Poston War Relocation Center in southwestern Arizona. When the internment ended in 1945, his family migrated east, following a wave of some 20,000 Japanese American resettlers from various camps to Chicago (he was fourteen at the time).
The Orange Story is also being shot in California, and is slated to be released this year. It has been partially made possible by a nearly $160,000 grant from the National Park Service, which allocates funding for projects commemorating and preserving Japanese American confinement sites.
If you are interested in more information about The Orange Story project, please contact Jason at jason@fullspectrumfeatures.com or 773.504.4107.
UPDATE
An official fundraising campaign has been launched for The Orange Story. If you are interested in contributing, please visit the campaign website at http://tinyurl.com/zqujy3s.
Please include any of these links to your family and friends if they'd like to learn more:
Project Website: theorangestory.wordpress.com/
Facebook: facebook.com/theorangestory/

Group photo from the railroad shoot

Posted by Unknown at 1:43 PM No comments: The contribution Japanese Americans made to the war effort during WWII is something that really deserves more mainstream attention. I'm not just saying this as a matter of ethnic pride, though that's certainly part of it (Two of my paternal grandmother's brothers - Haruo "Harry" Kono and Masuo "Mac" Kono - left Hawaii to serve in the 442nd).

Given that there was an undeniable racial dimension to the waging of the war, arguably even more so in the Pacific arena than in Europe (check out John W. Dower's excellent book War Without Mercy to get the full picture), the fact that there were American citizens who shared the names, faces and blood of an enemy of the U.S. yet still volunteered to fight against that enemy in the name of both patriotism and what was right is something that really needs to be hammered into the popular American consciousness. Particularly today, when, as of writing, the world is reeling from the Brussels terrorist attacks and cynical opportunists like presidential candidates Ted Cruz and Donald Trump have renewed calls for institutionalized discrimination and surveillance of Muslim Americans.

I realize those two gentlemen and their followers represent some of the least complicated thinkers on the planet, but that doesn't mean it isn't important for the rest of us to repeat, reiterate and re-teach the complicated reality that there is no simple, one-to-one correspondence between a particular race or religion and the capacity to do harm to our country. And to add, that there are always people many Americans don't think of as true countrymen who would lay down their lives to protect these shores.

In my dreams, there would be a plethora of mass media works chronicling the story of the 442nd Infantry Regiment, the 100th Infantry Battalion, the Japanese American Military Intelligence Service (MIS) and others, ranging from big-budget Hollywood epics along the lines of Glory and miniseries like Band of Brothers to heavily promoted Ken Burns-style PBS documentaries (or even a Making a Murderer like series on Netflix). Right now, unfortunately, that isn't the case, and based on the recent #OscarsSoWhite controversy, I'm not holding my breath until they get made.

Until that time, however, there's still some good news on the horizon. The Go For Broke National Education Center* in Los Angeles is opening a new exhibition in Little Tokyo on May 28, 2016. Titled Defining Courage, it will include interactive audio and video exhibits based on years of recording the oral histories of Japanese American veterans.

I first found out about the exhibition was I was put in touch with the folks at Quatrefoil, the company working with the Go For Broke National Education Center to put everything together. Quatrefoil was looking for people to make audio recordings based on transcribed interviews. Bob Kumaki, who is active in the local Chicago Japanese American community, knew I had worked as an actor, and gave me their contact info.

Ultimately, I ended up making about a dozen or so recordings, telling the stories of Japanese American WWII vets in their own words. Some were from the mainland, while more than a few were from Hawaii (for which I had to try out my best imitation pidgin accent). Exactly how many will end up part of the final product is unknown, but Quatrefoil kindly provided me with a handful of final edits and said it was okay to share them here.

This project was definitely a joy to work on, and I'm grateful to the folks at Quatrefoil and the center for bringing me aboard, even if by long-distance (I made the recordings in my apartment in Chicago and e-mailed to LA). I can't make the grand opening on May 28, but I encourage as many people as possible to attend. And keep your ears open, you may hear a familiar voice.

Here's something new. A couple of months back, an acting colleague put me in touch with the makers of the audio drama podcast Pleasure Town. They were looking for an Asian American actor to play a Chinese character in an upcoming minisode. I wasn't familiar with their work before, but now discovering it, it's a neat little ongoing project.

As described on their website, "PleasureTown is a story-based podcast told in serial form that details the history of a little-known, failed Oklahoma utopian society. The town’s history is crowdsourced, piece by piece, by the producers, collaborators and audience members." The whole thing is part of the WBEZ Podcast Network, which is also the home of the acclaimed true-crime series Serial.

So, check it out if you're interested in a little trip back through time to the old frontier.

This also reminds me, I'm overdue on checking out my buddy Soren Fanning's Mischief and Mayhem podcast. If you're searching for some good, alternative political and historical discussion, considering making a visit.

Posted by Unknown at 9:56 AM No comments: 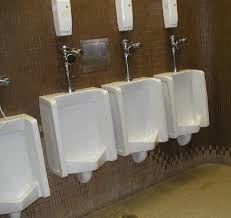 Odd WTF moment over the weekend that's been bugging me. Was down at Navy Pier and while in the stall at the public restroom, I overhear these two guys talking. One says, "Dude, Asians are always peeking over the urinal to take a look at how big I am. I've caught at least two of them doing it." I come out and there's these two young white guys standing by the sinks, who get real quiet as I come around the corner with a nasty look on my face. Is this really the sort of conversation that goes on when (it is thought) someone like me isn't in the room?
Posted by Unknown at 10:50 AM 1 comment: