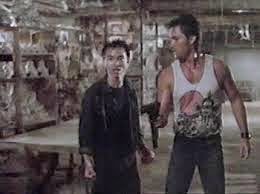 They have a little "Meet 'Wang Chi'" video up with me talking briefly about joining in the fanboy mayhem. Check it out here.
Posted by Dwight Sora at 10:22 AM No comments:

Some material reposted from the blog of Chicago Aikido Club (CAC)

Last weekend, Professor Donald Levine of the University of Chicago passed away on April 5 after a long period of illness. I first met Professor Levine as an undergraduate in 1993 when I took his Conflict Theory and Aikido course, followed by training with him as a member of University of Chicago Aikido Club.
A professor of sociology, Professor Levine began studying aikido in his 40s, eventually receiving the rank of yondan (4th degree black belt) under the Aikido Schools of Ueshiba (ASU). Over the years, he served as the conduit by which many young people first discovered and nurtured their interest in the martial art. He was also the founding president of Aiki Extensions, Inc., an organization that networks and supports individuals involved with “off-the-mat” aikido applications.
I actually started studying aikido the year before I met Professor Levine as an exchange student to Waseda University,  however my time with him proved very influential on my training overall. It was through him that I was introduced to the teachers and schools that have informed my aikido to this day: Kevin Choate, Marsha Turner, Wendy Whited, Joe Takehara, etc. He will definitely be missed.
A service in memory of Professor Levine will be held at 1:00 pm on April 9 at KAM Isaiah Israel Congregation, 1100 E Hyde Park Boulevard, Chicago, IL 60615.
Posted by Dwight Sora at 3:58 PM No comments:

Posted on April 8, 2015by ChicagoAikidoClub
Dr. Joe Takehara (竹原譲), senior instructor of Chicago Aikido Club (CAC) and a founding member of the original Illinois Aikido Club celebrated his 84th birthday on Saturday, April 4 at a party organized by his daughter Susanne. The lively gathering was attended by members from the CAC, as well as members of theMilwaukee Aikido Club, Chicago Aikikai and Ravenswood Shorin-ryu Karate Dojo.  Happy Birthday Takehara Sensei!!

Posted by Dwight Sora at 2:32 PM No comments: 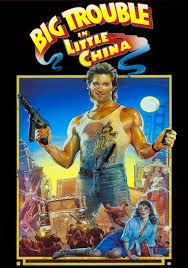 Posted by Dwight Sora at 2:59 PM No comments: