I think if social media was around in New Testament times, there'd be folks posting, "But the Romans crucified so many Judeans. Why is everyone getting riled up about this one?"
Posted by Dwight Sora at 7:06 AM 1 comment:

The Budo Bum: Martial Arts Instructors Should Learn To Teach

The Budo Bum: Martial Arts Instructors Should Learn To Teach
Posted by Dwight Sora at 10:23 AM No comments:

Posted on July 17, 2015by ChicagoAikidoClub

Starting next month, Chicago Aikido Club (CAC) invites all newcomers to try out the martial art of aikido the first Monday class of every month.
The class is absolutely free. No experience or uniform necessary. Just be sure to wear clothes in which you can move freely, and bring flip flops and an open attitude.
First Mondays Intro Class will begin on Monday, August 3, 6:00 pm-7:30 pm.
For more info, visit http://www.chicagoaikidoclub.com or e-mailinfo@chicagoaikidoclub.com.
We also have a Facebook event page here.
Posted by Dwight Sora at 10:05 PM No comments: 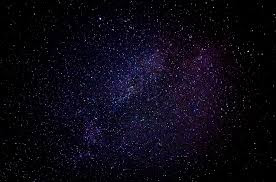 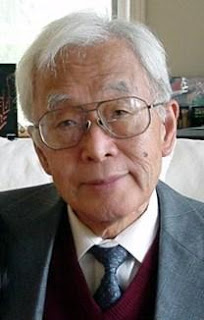 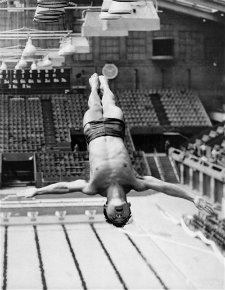 As a (half) Korean American, I'm ashamed to admit that I never heard of Sammy Lee before. It wasn't until fellow Korean American actor David Rhee went off to New York last summer to take a playwriting course and told me he had an idea of a script about Lee that I knew who he was or what he had achieved.

In case you haven't either, the fruit's of David's labors will get a first-ever public viewing this coming weekend. Local Chicago theater company Silk Road Rising will be presenting two readings of his play, Penuel: The Sammy Lee Story, on Saturday, July 11 and Sunday, July 12, both at 4:00 pm. The readings will be held at Silk Road's space in The Historic Chicago Temple Building at 77 West Washington Street.

There will be some great local Chicago actors making David's words come to life, under the direction of Goodman/Silk Road veteran Steve Scott. I'm involved in the modest capacity of reading stage directions, and being there to support the venture.

Posted by Dwight Sora at 8:11 AM No comments:


My son Jack Diego Kim Salud Sora celebrated his first birthday yesterday. As my brother told me, "The years are short but the days are long." I couldn't agree more. Every day since then has been a challenge and an effort, but I'm still amazed how much he (and our lives) have changed since July 5, 2015.

I can't think of much else to add, so I'm going to just repost what I typed our bleary-eyed from our hospital room at St. Joseph's hospital a year ago. 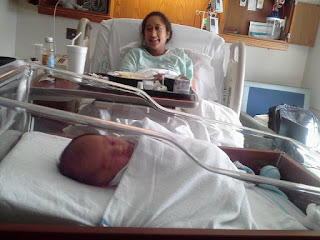 What a Difference a Day Makes

Originally, my wife Czerina and I were planning on a quiet July 5th, taking one of her cousin's two daughters to Chicago's Chinatown for an outing. That rapidly changed starting around 5:25 am in the morning when the first of the contractions started.

We had a little bit of a false start. I called the doctor around 8:00 am, and then when Czerina felt like the pain was spiking, we piled our pre-packed luggage and the child seat into the car and took off for St. Joseph's Hospital. However, once we got to triage in the birthing center, we were informed that we were at too early a stage of labor, and were sent back home (Much to Czerina's discomfort, since early or not early, she was having a lot of trouble moving about).

So back home we went, killing a few hours while Czerina rode out the contractions. I worked to do my best husband work: drew her a bath, made her a light meal (miso soup), provided her water, massaged her back on command and took any harsh responses in stride (not many, thankfully).

Around 1:00pm we returned and she was admitted again. The next was hours of waiting, room switching, phone calls and texts to friends and relatives, the arrival of my immediate family, filling out forms, more waiting, briefings on procedures, etc. etc. etc.

Then finally, at 9:19 pm in the evening, after much hard work from a great birthing team and of course the Czerina's strenuous efforts, the world said hello to Jack Diego Kim Salud Sora, at 6 pounds 4 ounces and 19 inches.

As of writing, mommy and baby are doing fine.  Jack is getting a little extra attention to make sure everything is okay (He was a bit stubborn coming out, so the neonatologists have moved him to the nursery for observation).

I'll definitely be writing more about the experience, but wanted to get the official announcement out of the way, as well as a brief rundown of how things transpired.

Also, BTW, in acknowledgement of the very mixed heritage Jack is receiving, we are also giving him Japanese and Korean names.  These won't be part of his legal name, which is appropriate, given that "Jack" was taken from my paternal grandfather, who was always called that even though it wasn't his legal name.

The name we have selected is "義賢," which is read “Yoshikata” (よしかた) in Japanese and “Uihyeon” (의현) in Korean. The name is a combination of characters from my father's Japanese name Yoshio (義雄) and my mother's Korean name Hyunchoo (賢珠).

Both names have some historical significance.  I found the following online.

Uihyeon
Uihyeon is the name of the man who built the Buddhist statue Gatbawi in Korea.  It was made in the Unified Silla Kingdom era and is well known with the name of Gatbawi Buddha (Stone Hat Buddha). It sits 4 metres (13 ft) tall, and the hat is a 15-centimetre (6 in) thick flat stone on his head,  This single granite sculpture was made up at the top of the 850-metre (2,790 ft) high rough Palgongsan and is surrounded by a screen-like rock wall as its background. It is said that Uihyeon made it in order to appease his mother's soul in the 7th ruling year of Queen Seondeok of Silla Kingdom.  The legend of Daegu Gatbawi says that a big crane flew in to guard him every night while he was making this Gatbawi Buddha. It is reputed to be a miraculous Buddha stone, which makes a response to prayers if the prayer prays for it with his or her whole heart.

Yoshikata
Rokkaku Yoshikata (六角 義賢?, 1521 – April 19, 1598) was a samurai head of the Rokkaku clan during Japan's Sengoku period.[1] He was shugo (governor) and later daimyō of an area of southern Ōmi province, he served as castellan of Kannonji Castle. He later became a Buddhist monk, under the name Shōtei.

Alright, that seems good enough for now.  Getting ready for lunch and catching a little more quick shut-eye where I can.

Posted by Dwight Sora at 7:39 AM No comments: